Voted among the BEST ALBUMS OF 2008 in the Village Voice, Chicago Reader, All About Jazz, Chicago Tribune, NPR, Jazzman, Jazz Journalists Association, and many others.

“**** (4 stars out of 4) …a near-certainty to be acclaimed as one of the best jazz discs of the year… starkly beautiful and powerful… one of the most powerful quartets in all of emergent jazz.” – Jeff Simon, Buffalo News

“a strikingly original pianistic voice… ‘Tragicomic’ is another stellar installment in his oeuvre… a marriage of intellect and power, of brains and brawn… This is highfalutin jazz, and it swings madly.” – Steve Greenlee, JazzTimes

“[P]ianist Vijay Iyer is on his way to becoming one of the major jazz voices of his generation… ‘Tragicomic’ is the most openhearted of Iyer’s instrumental albums and, perhaps not coincidentally, the most unabashedly emotional.” – Charles Farrell, emusic.com

“Iyer brings a visionary sensibility to his projects, always capturing the prevailing zeitgeist… A stunning achievement, ‘Tragicomic’ is one of the year’s best albums.” – Troy Collins, AllAboutJazz.com 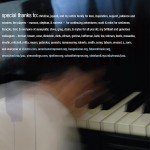 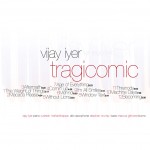 We use cookies to ensure that we give you the best experience on our website. If you continue to use this site we will assume that you are happy with it.Ok
Go to Top