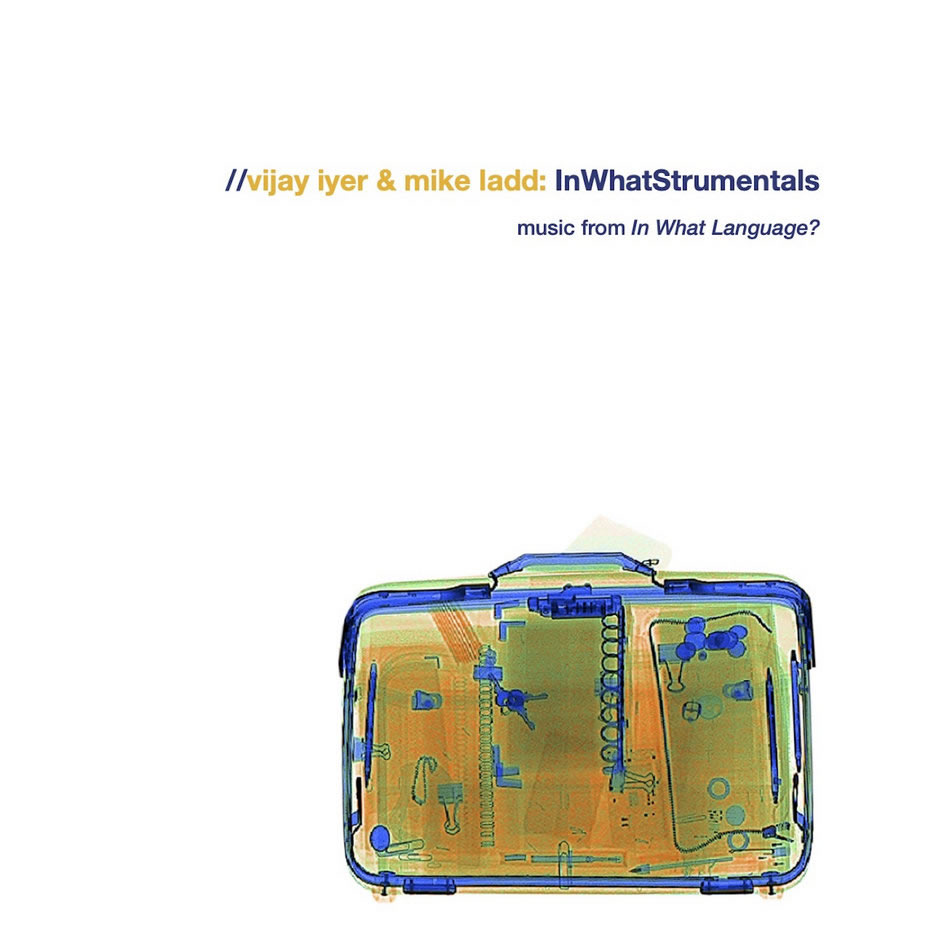 A few weeks into lockdown in the Plague of 2020, as we took shelter from danger, loss, and uncertainty, Seth Rosner at Pi Recordings asked if I might be willing to offer some old or new music to the world. As it happened, I’d been thinking back to an earlier time of crisis, and how we had managed to make art in the face of it.

Poet-producer Mike Ladd and I created In What Language? in 2003, in post-9/11 New York City. We were just coming to terms with the facts on the ground, which today seem frighteningly ordinary: mounting intolerance and hate crimes against Muslims, Arabs, Sikhs, and other nonwhite people; traumatic raids of immigrant communities by the INS (later Homeland Security); the prospect of endless, amoral war waged under false pretenses; the callous neoliberal agendas of globalization and disaster capitalism; and an unprecedented power grab enacted under cover of jingoism and feigned incompetence.

For us as travelers of color, the swift transformation of international airports made it all too plain. These formerly optimistic spaces of encounter and adventure swiftly devolved into irrational zones of anxiety, suspicion, surveillance, and the hyperpolicing of Black and brown bodies, even as the labor force in these spaces mostly comprised the same people being surveilled. “People just disappear,” as one interviewee said.

I wrote this music to sound out the airport’s vexed zones of light and darkness, and the shifting human relationships to them. We built each piece for a real person – either Mike himself (Colors I-IV), or someone he met in an airport and brought to our ear via his lyric. Each soundscape became a space for that person to stretch out and be heard, to move, breathe, and live anew.

Something about 2020’s rolling tragedy has led me back to these old, haunted, nearly empty rooms of sound. In 2003 I hadn’t imagined that this music, so tied to its original context, could mean something seventeen years later. In the darkness of that moment, we weren’t so sure that the world would hold together for this long. But somehow back then, Scotty Hard and I chose to preserve these instrumental mixes anyway, setting them aside for a rainy day.

And that is the lesson to myself and anyone else caught up in a seductive pessimism about our possible futures. In precarious times, art-making becomes a leap of faith, born of a belief that whenever that next rainy day comes, we will still be here, with an umbrella, ready to face it.

This project takes its title from a pre-9/11 experience of the Iranian filmmaker Jafar Panahi, in spring 2001 while traveling from a festival in Hong Kong to one in Buenos Aires. Transiting through JFK, he was detained by INS officials, shackled to a bench in a crowded cell for several hours, and ultimately sent back to Hong Kong in handcuffs. Panahi’s description of this ordeal was widely circulated online. He wanted to explain his story to fellow passengers: “I’m not a thief! I’m not a murderer! … I am just an Iranian, a filmmaker. But how could I tell this, in what language?”

As fellow brown-skinned travelers, we could not ignore this tale. It became a point of departure for what this project became: a song cycle about people in airports, narratives of lives in transit. Filtered through our hyphenated perspectives, these stories are airport myths, documenting the experiences of the new global worker.

The airport is not a neutral place. It serves as a contact zone for those empowered or subjugated by globalization. It is a center of commerce and a crossroads of cultures, as well as a place that enforces its own globo-consumer culture. It is a frontier, a place of conflict and quarantine, reception, departure, and detention.

This is our critique.

All compositions © 2003 Vijay Iyer and all lyrics © 2003 Mike Ladd; published by Multiplicity Music / Like Madd Music (SESAC). All rights reserved.

Originally commissioned and produced by Asia Society for its world premiere in May 2003, “In What Language? A Song Cycle of Lives in Transit” was made possible with generous support from the Mary Flagler Cary Charitable Trust and was a sponsored project of Creative Capital Foundation.